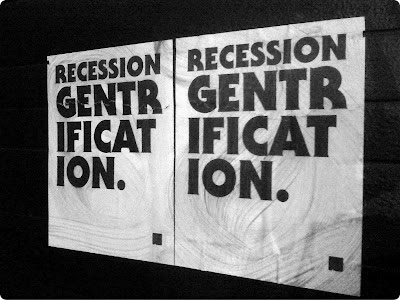 Sitting on a little wooden chair in a bookstore located in the increasingly gentrified neighborhood of Fort Greene, I did not understand exactly what the host of the event meant when he looked out across the crowd of twenty or so in attendance, with a slight smile, and said “Welcome to Brooklyn.”

“This is going to be great!” I thought, excited to learn more of the rich cultural history of my newly adopted home borough. “This is going to be sick!” I took out my I-pad, and began to take notes in earnest.The event was titled “Black Writers: A History of the Neighborhood,” and the audience in the front room of the Greenlight Bookstore was mixed in race but uniform in urbanity.We sat rapt as black writers Nelson George, Carl Hancock Rux, Martha Southgate and John Lee stood, next to microphones they didn’t need, relating tales of living and working in a hard-scrabble Brooklyn neighborhood which was foreign to my particular experience but positively thrilling to hear tell of. They remarked that the neighborhood is changing. Changing? I thought. I’ll say! For the better! Last week this shabby little bodega next to my apartment was replaced by an unmarked used record store. At first I was troubled, for the old man behind the register at Rodrigo’s Grocery had had such sad eyes, but then I reconsidered. For how can any place that sells LCD Soundsystem vinyls be anything but a boon for the neighborhood? God, LCD Soundsystem is so sick. Anyway, the night wore on. The writers' stories, following the path of the neighborhood itself, seemed to emphasize progression: things getting more generally sick. Fort Greene, I learned, has been home to a number of literary figures, not the least of which was Richard Wright, who wrote most of "Native Son" from a bench in Fort Greene Park. I can relate to this especially, having composed the script to my Off-Broadway one-man-show entirely at a side booth in the DUMBO Starbucks! “Of course, the neighborhood has changed a lot since then,” George said later, smiling slightly again, having just recalled an anecdote from his own life growing up in the Tilden projects in Brownsville. I jotted this down on my I-pad. I felt strangely disconcerted all of a sudden: my ‘pad was running low on battery.Carl Hancock Rux spoke next. His voice was deep and mellow like a late night DJ’s. Rux, a playwright, novelist, actor and product of the New York City foster care system (ohmigod, can you imagine?), spoke of the progression of Fort Greene from an impoverished shanty town to an enclave of the rich and famous in the 1880’s. “Where do the poor go when their neighborhoods are gentrified?” Rux asked us, “All I know is that history is repeating itself.” Reflexively, I frowned. History repeating itself? I thought but did not say. Isn’t that kind of a cliché, Carl? Come on. Meanwhile, my ‘pad completely died. That thing is such a piece of junk. I was growing frustrated. Novelist Martha Southgate then stood up, wearing an old “She’s Gotta Have It” T-shirt. She told a story about buying the shirt from Spike Lee himself as he stood on the street corner hawking merchandise on a hot summer day.

Now, let me interject here. I studied Spike Lee in my Introduction to Film Theory class back in college, and I have to say, old Spike has some pretty inflammatory things to say about white people. Annoyed now, and little sick of all this history, I stuffed my decrepit ‘pad into my canvass side-bag and prepared to leave.And then I heard the voice of the last speaker, John Lee, former member of the Masters of Deception computer-hacking gang, as well as an influential video director and Internet activist. He spoke of serving time in prison - of how the neighborhood went on without him like a girl you thought you knew, but really didn't. “You see those little bits of gum on the sidewalk?” he said, his eyes wide behind thick glasses, “Those bits of gum probably have my own blood still left in them. That’s how long I been on these streets.”I clapped politely, but could hardly refrain from rolling my eyes. It was time to go home now. I’d had enough. I walked down the sidewalk back towards the subway home, checking my shoes for blood and bubble-gum.-- Frank Santo

Below is my response

The displacement of the poor is cliche, as in hackneyed or overused? Nothing cliche about the repetition of history, and if you'd rolled your eyes less and refrained from fidgeting with your ipad, you might have paid attention to the fact that the "Rich Man Poor Man" essay I mentioned about the shanty towns and displacement of poor people on Myrtle Avenue in the face of the Victorian era brownstone boom was very much like what's happening in Fort Greene Clinton hill now, not all for the better and not all for the worse. The study and analysis of urban livelihoods and governance shows us little is known about how displaced people negotiate their way in the urban environment, their relationships with host communities and governance institutions and their specific vulnerabilities as compared with other urban poor. Likewise, the role of humanitarian and development actors in supporting these populations, and the strategies and approaches best suited to address the assistance and protection needs of urban people are poorly understood.The phenomenon of rapid and uncontrolled urbanization in developing countries is increasingly threatening the well-being and the development opportunities of millions of city dwellers. The factors influencing dramatic population growth are complex and multi-factored. A prominent feature is forced displacement triggered by economic conflict, situations of political instability, and a slow and sudden combination of these factors. There are also broader ‘push factors’ at play, which include lack of livelihood options and inadequate access to or availability of essential services. Furthermore, it is often the case that, like other migrants, internally displaced persons (IDP) are attracted to urban areas because of the perceived availability and better quality of basic services and livelihood opportunities, the chance to live in proximity to their family members and increased security through anonymity in the urban space. When ethnic or economic assimilation is subtracted from the potential of these people to survive or remain in certain areas, new areas of the displaced impoverished are created with little to no attention paid (by urban developers) as to how disenfranchisement travels and regenerates itself. You can applaud the vanishing of a bodega and the appearance of a store that sells LCD Soundsystem all you want...it appeals to your interest, but not to to the merchant who must now figure out his livelihood and the return on his investment in a community he has served for many years, providing basic goods and services. Yes, it happens. Yes, it reeks of cool...but brother PUH-LEEEEASE take an urban theory class before you roll your eyes at displacement and the vanquishing of the poor. I'm surprised you didn't at least learn something of the overall thesis of Spike Lee films in your film theory class, or understand what Richard Wright was writing about when he wrote "Native Son" to begin with.-- Carl Hancock Rux
Posted by carl hancock rux at 7:34 PM

good for you, carl. i hope this goes viral so self-important, entitled weenies will get their heads out of their bums. i love you!

I wrote this piece "Black writers talk, new brooklynite doesnt listen," and I want to make it clear that this was meant as a satire - not of those harmed by gentrification, but of the gentrifiers themselves. The narrator of this story is unreliable, and is supposed to come off as a shallow idiot - the article is poking fun of those ignorant to history, who think of Brooklyn as a hipster playground. I did not mean to downplay the ill effects gentrification has on vulnerable populations, I meant to highlight them. I work for a human services agency providing medicaid funded care in Canarsie, and have seen what happens to people when they can no longer afford their homes. If you read the article again I think you'll see it is satirical. I do not own an Ipad. 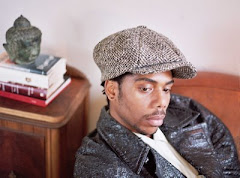